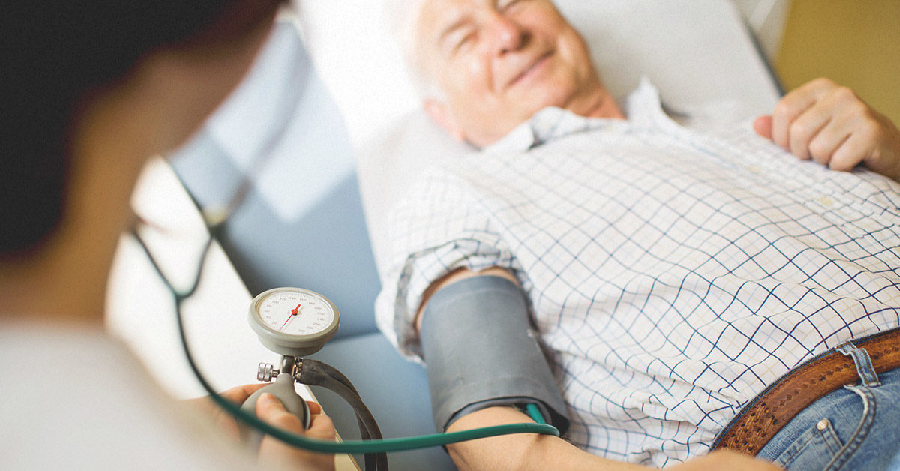 Atherosclerosis is caused by plaque formation in the arteries, the blood vessels through which the blood transports oxygen and nutrients, which causes their obstruction.

This plaque is a substance made up of fat, cholesterol, calcium and other substances in the blood. Over time, it causes the arterial wall to harden until it blocks the arteries, limiting blood flow. Blood.

This procedure is the same as in atherosclerosis, with the difference that the latter is a type included within arteriosclerosis and is caused by an atherosclerotic plaque (cholesterol).

Atherosclerosis occurs mainly due to the accumulation of lipids, especially cholesterol and other substances. When an obstruction occurs, blood rich in nutrients and oxygen cannot circulate, called ischemia.

Ischemia can produce cell death (necrosis) and infarction in the most severe cases. The latter can occur in the myocardium, which is the most frequent, but it can also affect other body parts such as the brain or the lower extremities.

One of the leading causes of atherosclerosis is a poor diet, one in which saturated fats or fast foods are abused, combined with a sedentary life and lack of physical activity. This stasis prevents the body from burning excess fat and reduces the constant flow of blood to the organs.

Suffering from hypertension or diabetes and smoking or drinking alcohol excessively are risk factors that generate a greater propensity to suffer from this disease. Ageing can also lead to the hardening of the arteries.

Another cause that can cause the appearance of atherosclerosis is fibrosis, caused by chronic inflammation that ends up hardening the blood vessels.

Generally speaking, the condition has no symptoms until an artery becomes too narrow or wholly narrowed.

As the severity of the condition increases, coronary blood flow is significantly reduced, which can cause chest pain, also called angina pectoris or shortness of breath.

In addition to these symptoms, the condition can also cause damage to other organs, such as the intestines, kidneys, legs, or brain.

To prevent arteriosclerosis, it is crucial to reduce the consumption of saturated fat and replace it with an increased intake of fruits and vegetables. In addition, it is recommended to consume drinks or foods that contain antioxidants, which benefit blood flow.

Another necessary guideline is to exercise routine to prevent arteriosclerosis and atherosclerosis.

All this is concentrated within the framework of a healthy and healthy diet, such as the Mediterranean, which rejects smoking or the abuse of other substances such as alcohol.

Among the types of atherosclerosis are:

Atherosclerosis: This type of arteriosclerosis also involves an accumulation of substances in the arteries that prevent the passage of blood, but, in this case, it is caused by atherosclerotic plaque.

Monckeberg ‘s sclerosis: It is characterised by the presence of calcifications in medium-sized muscular arteries. Although it can co-occur with atherosclerosis, both are different from the anatomical point of view.

This condition is uncommon before age 50 and usually affects the femoral, tibial, radial or ulnar arteries to a greater extent.

Since atherosclerosis is a condition that takes time to present symptoms, early diagnosis is necessary to prevent irreversible damage.

Periodic examinations are necessary, especially after 40-50 years of age and in people with a history of diseases such as arteriosclerosis or atherosclerosis.

Since medications cannot clear clogged arteries, other forms of treatment must be considered.

One of the options is percutaneous coronary angioplasty. This therapy consists of dilating one or more coronary arteries through a catheter, the end of which has a device that inflates when it reaches the obstructed area.

This increases the diameter of the artery and restores normal blood flow. This catheter is introduced through the femoral or radial artery, from where it is led to the obstruction.

Also, metal devices called stents can be inserted into the coronary arteries percutaneously to correct narrowing caused by a thrombus or plaque. This procedure is usually used within angioplasty.

Another form of treatment is surgery on the coronary or carotid arteries. But even so, all options involve a change in lifestyle that will prevent aggravation of the disease.

The peripheral arterial disease includes arteries found in the arms, legs, and pelvis when these are blocked, numbness in the area, pain and even secondary infections.

Aspirin reduces the risk of arteriosclerosis.

Inflammation in the endothelium can cause a hardening of the walls of the arteries, losing elasticity and favouring the development of diseases such as arteriosclerosis.

The mechanism by which Aspirin reduces cardiovascular risk may be due not only to its antiplatelet action but also to its anti-inflammatory effect and its direct action on the endothelium.

Likewise, another of the study’s conclusions is that, although the endothelial dysfunction caused by inflammation can be reduced by prior administration of Aspirin, the results are not the same if the patient takes this medication once the dysfunction has occurred.

The researchers investigated the role of Aspirin in modulating endothelial dysfunction induced by an experimental inflammatory stimulus. To do this, they administered the salmonella vaccine to a group of healthy volunteers to produce an inflammatory response. Half of them had taken a dose of this principle before the test.

The results showed that the induced inflammatory response was lower in patients who had been administered Aspirin before the trial.

Mortality will decrease with arteriosclerosis and inflammation units

One of the causes that produce more significant mortality in rheumatic diseases is the development in patients of accelerated arteriosclerosis due to the inflammatory process and other cardiovascular conditions.

Some studies demonstrate this association, for example, in rheumatoid arthritis. The line of research initiated wants to broaden the spectrum to not only rheumatological diseases of an inflammatory nature but also others with rheumatological involvement, such as the case of psoriatic arthritis or psoriasis per se, which are also associated with an increased risk of cardiovascular events.

“It’s hard to get a daily practical application, but we will see patients differently, and it will answer current questions while generating new ones.”

“Patients with systemic and immunological diseases are greatly forgotten in the studies linked to vascular risk. They were very focused on the purely rheumatological problem. Still, the arteriosclerotic risk is very high, greater than that of the general population. We entered this line of work since arteriosclerosis is also an inflammatory disease”,

A second part of the research is determining the effects of biological drugs used in systemic conditions on improving arteriosclerotic parameters in patients receiving this biological therapy. “We have confirmed the evidence, and now we are studying the mechanisms of this arteriosclerotic development, together with the analysis of some biological drugs that decrease, according to various studies, the development of cardiovascular events in rheumatological patients.”

This ambitious cross-cutting prevention project will be launched in the middle of this year with mixed funding. Rheumatology and dermatology patients affected by psoriasis and psoriatic arthritis must sign the mandatory informed consent to submit them to electrocardiography, carotid ultrasound, laboratory tests, particular endothelial function tests, and metabolic markers linked to inflammation.

Experience The Joy of Parenthood by Making Ultrasound A Priority

What Are the Mental Health Benefits of Home Care? 3 min read

What Are the Mental Health Benefits of Home Care? 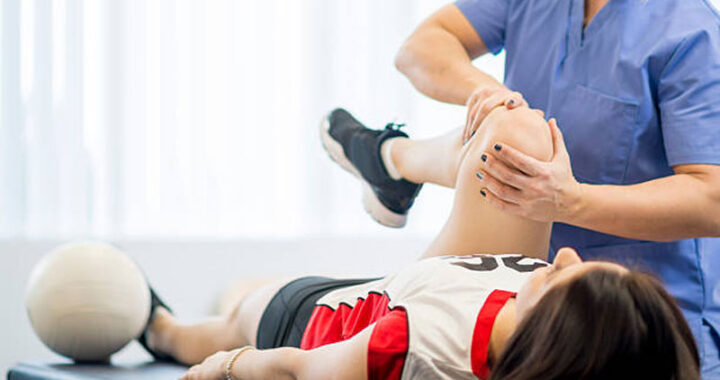 How Does Sports Rehabilitation Benefit Athletes? 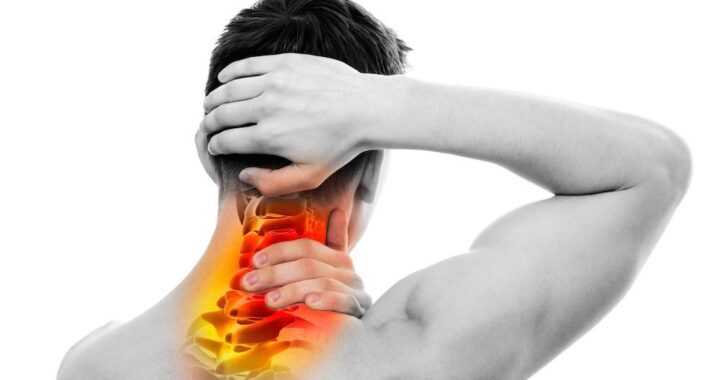 Essential Guidelines That Can Help You Prevent the Neck Pain 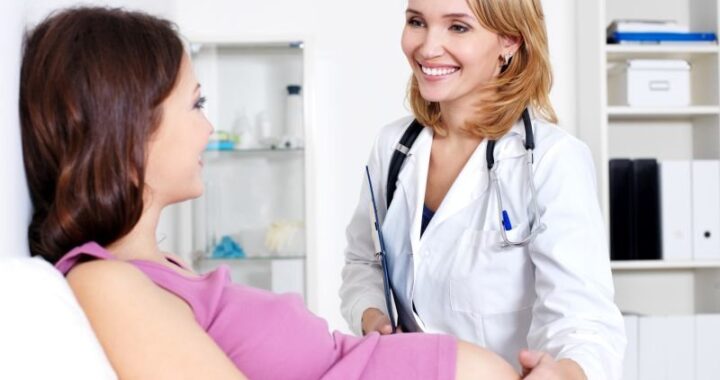 Professional Wellbeing: Are You on the Right Career Track? 5 min read

Professional Wellbeing: Are You on the Right Career Track?

Experience The Joy of Parenthood by Making Ultrasound A Priority

How to Maintain Your Mental Health During the Pandemic

What Are the Mental Health Benefits of Home Care? 3 min read

What Are the Mental Health Benefits of Home Care?